Back in the 1980s and ‘90s, as I was deeply engaged in identifying and sharing multicultural picture books as well as creating them, I developed a theory of how contemporary social issues and/or groups are reflected in children’s literature. I noticed that an issue or group is first introduced in nonfiction, then fiction, both about that topic, often informational or didactic. Finally, as the issue or group becomes more mainstream, it gets woven into fictional stories without being the focus of the book.

My theory seems to hold when it comes to representation of two moms and two dads in children's books. The first picture book appearance of same-sex parents was in the ground-breaking Heather Has Two Mommies by Leslea Newman (who has written a significant percentage of existing picture books with LGBTQ+ characters), first published in 1989 and updated and re-issued in 2015. Heather's mommies were/are both white, a trend that seems to have held, as most trade picture books continue to depict same-sex parents as white.

However, the Diverse BookFinder's focus on Black, Indigenous, and People of Color (BIPOC) in picture books means our collection can be used to take a much-needed look at the ways same-sex and queer families of color are, or are not, represented in children's picture books. As of the date of this post, there are 33 titles in our collection "that feature same-sex or queer relationships, same-sex parented or queer families, or individual characters who express attraction/desire or sexual identities beyond heterosexuality." (To find these titles, go to the Search page and Filter Results -- on the left side of the page -- by selecting "LGBQ" under Content. See image below).

Most of these titles feature same-sex parents, and most are about having two moms or two dads.

The Diverse BookFinder's focus on BIPOC in picture books means our collection can be used to take a much-needed look at the ways same-sex and queer families of color are, or are not, represented in children's picture books.

In our mothers’ house

Three young children experience the joys and challenges of being raised by the two mothers who adopted them.

A tale of two mommies

A young boy describes to two other children how his two mommies help him with all his needs.

Ten titles include a mother of color (3 Asian; 4 Black or brown-skinned; 2 Indigenous; 1 Latina), all partnered with white women: 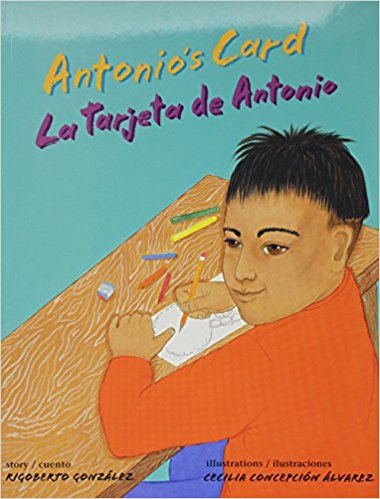 With Mother's Day coming, Antonio finds he has to decide about what is important to him when his classmates make fun of the unusual appearance of his mother's partner, Leslie.

by John Farrell and Maurie Manning

Simple text and illustrations of diverse families show how children affect their loved ones for the better.

by Christy Tyner and Ciaee

Zak's Safari is a book about donor-conceived kids of two- mom families. When the rain spoils Zak's plan for a safari adventure, he invites the reader on a very special tour of his family instead. Zak shows us how his parents met, fell in love, and wanted more than anything to have a baby--so they decided to make one

Two moms and a menagerie

Many families are different, this one has Two Moms. They have plenty of space and plenty of love, but will the Moms and their children be able to manage their ever expanding animal family? A fun and lively book with delightful illustrations that presents a same sex family in a positive way. A fantastic read for children from LGBT families and adopted children. This story complements other books that present families in a more traditional light. Two Mums and a Menagerie is a great resource for schools and educationalists who want to broaden perspectives on the different types of loving families that exist today. 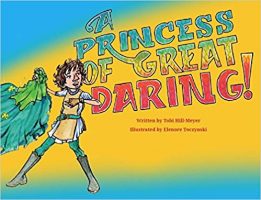 A princess of great daring

When Jamie is ready to tell people that she's really a girl inside, she becomes a princess of great daring in a game she plays with her best friends to gather her courage. She's pleased (but not surprised) that her questing friends turn out to be just as loyal and true as any princess could want. --Page 4 of cover

Safe in the knowledge that adoption has made them "forever family," stepsisters Mia and Tayja improvise an imaginary adventure with a joyful homecoming to a real home with their two moms

How Nivi got her names

by Laura Deal and Charlene Chua

Nivi has always known that her names are special, but she does not know where they came from. So, one sunny afternoon, Nivi decides to ask her mom how she got her names. The stories of the people Nivi is named after lead her to an understanding of traditional Inuit naming practices and knowledge of what those practices mean to Inuit. How Nivi Got Her Names is an easy-to-understand introduction to traditional Inuit naming, with a story that touches on Inuit custom adoption [an adoption in which a pregnant woman provides her child to someone who needs a child].

When Talittuq starts his first day of grade two, he notices that a lot of his friends' families are very different from his own. Some have one mom and one dad, and some have only a mom. Some kids live with their grandparents. Some live with two dads or two moms. Some are adopted. As Talittuq hears about all the fun his friends have had with their families, he learns that families come in many different shapes and sizes, and what holds them all together is love. 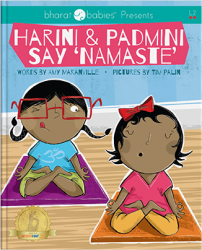 by Amy Maranville and Tim Palin

Join Harini and Padmini for yoga! Miss Janini will teach the class about the ancient spiritual history of yoga, along with some asanas (poses). It's Padmini's first yoga class, and she doesn't know most of the poses, but she cannot wait to learn. Come learn with her!

There are very few representations of two dads. Three titles feature gay fathers, two interracial (white and brown) with white children, and one Black couple with a Black child:

by Carolyn Robertson and Sophie Humphreys

Having two dads is double the fun! Many families are different. This family has two dads. A beautifully illustrated, affirming story of life with two dads, written from the perspective of their adopted child. 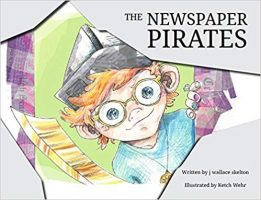 When Anthony Bartholomew hears his dads grumble that Newspaper Pirates must be stealing their paper, he decides to solve the problem himself. Watching carefully, hunting for clues and laying traps, Anthony Bartholomew keeps at it until the mystery is solved and the newspaper secured. --Page 4 of cover 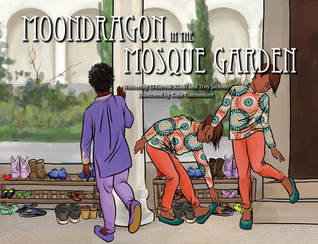 Moondragon in the mosque garden

Tajalli, Mujtaba, and Aasiya just want a break from adult conversations. They go to check out the old garden in their new mosque building, and end up making a new friend and learning an important lesson about caring for the earth. |cBack cover

A plan for Pops

by Heather Smith and Brooke Kerrigan

In this illustrated picture book, a child helps their grandparents deal with a difficult change in abilities.--Provided by publisher 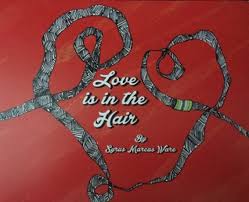 Love is in the hair

Carter's up in the middle of the night, too excited to sleep: her baby sister is being born! She asks her Uncle Marcus to tell her some soothing stories about the beautiful things in his dreadlocks so she can relax and rest. --Page 4 of cover

Finally, one indie press -- Flamingo Rampant -- features families that are notably queer. That is, there are multiracial families with more than two parents, with trans and non-binary parents, who are often depicted living in households that defy understandings of the "nuclear family." Here's just one example: 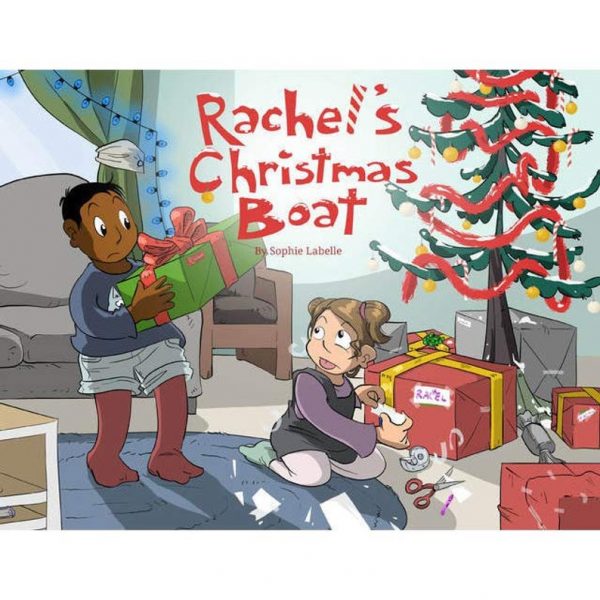 When Lulu's Dad tells her that she's going to change her name to Rachel and be a lady now, Lulu has a major worry: what if Santa doesn't find out in time to fix all the tags on Rachel's Christmas presents? Lulu decides to take matters into her own hands and make sure that her Dad gets the lovely Christmas she deserves for being a most wonderful parent. |cBack cover

The other books with the LGBQ coding (as well as a couple more Coming Soon titles) are broader explorations of the diverse structures of families, or focus on individual characters who identify as LGBQ rather than focusing on families. Finally, it's important to note that there are board books about two moms or dads that feature BIPOC, but we do not include board books in our collection. One place you can find these books is https://www.ourshelves.com/.

This glance into our collection above tells us that there are very few portrayals -- even just in illustrations -- of same-sex couples who are both BIPOC, and most of those come from independent presses.

But one possible trend is cause for excitement. Until recently, families with two moms or two dads seem only to appear in books about having two moms or two dads. But nine of the (more recent) titles above feature characters who just happen to have same-sex parents or caregivers: Real Sisters Pretend focuses on adoption; Harini and Padmini Say Namaste is about yoga; A Princess of Great Daring features three friends in fantasy play; Moondragon in the Mosque Garden is about cousins who learn to care for the environment. In these titles, the parents are in the background, appearing only at the beginning or end of the book. The other titles feature parents/relatives as characters: Dear Child portrays three couples, one of which is an interracial lesbian couple with a child by adoption (identified in illustration only, not text); A Plan for Pops follows a boy who helps his grandfather cope with a new disability; My Mommy, My Mama, My Brother, and Me is about combing the beach for treasure; The Newspaper Pirates stars a mystery-solving boy, and in Love is in the Hair, an uncle shares stories with his niece about falling in love.

Let’s hope for more stories — about camping or shopping, cultural celebrations and traditions, new babies or going to school, imaginative play or a birthday party — that simply feature a child with two moms or two dads, without their presumed difference needing to be the focus of the story.