Here is a selection of books from our collection about characters who are Muslim, both Americans and people living in other countries. We strive to include as much varied racial/cultural representation as possible, with a focus on #OwnVoices, but these lists also reflect what is available on the market. These titles are only a sample of what you can find in our full collection. To see more, go to Search the Collection  and use the filtered search on the left-hand bar: go to “Religion” and click “Muslim.” 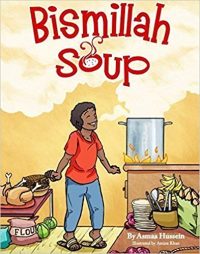 A spinoff of the classic Stone Soup folktale, Bismillah Soup is a story about Hasan, a young Somali boy who ventures out to prepare a delicious feast for his mother. With a little bit of elbow grease, a lot of trust in God and the help of his friends and neighbours, Hasan quickly turns his idea into a magnificent plan and gathers the entire community together for a spectacular feast at the local mosque. Hasan's journey is full of unexpected twists and turns that lead him down a path of discovering what community, generosity and reliance on God truly mean.

Deep in the Sahara

by Kelly Cunnane and Hoda Hadadi

In Mauritania, West Africa, an Arab girl who wants to wear a malafa, the veiled dress worn by her mother and older sister, learns that the garment represents beauty, mystery, tradition, belonging, and faith

by Hena Khan and Mehrdokht Amini

With breathtaking illustrations and informative text, Golden Domes and Silver Lanterns magnificently captures the world of Islam, celebrating its beauty and traditions for even the youngest readers. Sure to inspire questions and observations about world religions and cultures, this entrancing volume is equally at home in the classroom as it is being read to a child on a parent's lap.

King for a Day

by Rukhsana Khan and Christiane Kromer

"Even though he is confined to a wheelchair, a Pakistani boy tries to capture the most kites during Basant, the annual spring kite festival, and become "king" for the day. Includes an afterword about the Basant festival"-- Provided by publisher

by Rukhsanna Guidroz and Dinara Mirtalipova

Shy and unsure of herself, Leila discovers all the things that make her special with the loving help of her Naani.

by Hena Khan and Saffa Khan 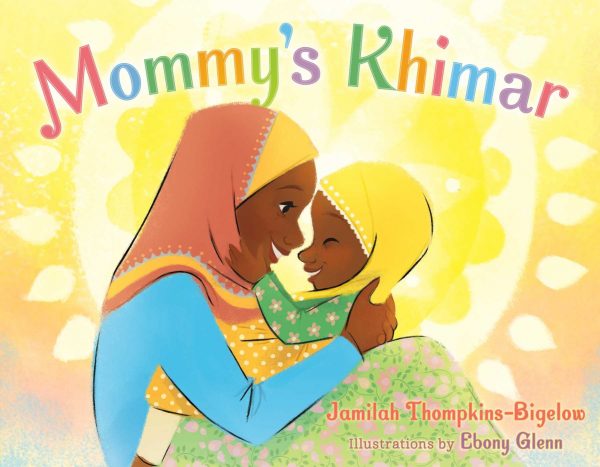 by Jamilah Thompkins-Bigelow and Ebony Glenn

A young Muslim girl puts on a head scarf and not only feels closer to her mother, she also imagines herself as a queen, the sun, a superhero, and more.

Faizah relates how she feels on the first day her sister, sixth-grader Asiya, wears a hijab to school

Sadiq loves stitching colorful patterns on rugs. However, his Ammi reminds him that boys in his community don't stitch, they tend to the livestock. But Sadiq is determined to pursue his passion. This winsome tale that defies gender norms and talks about a fading shepherd craft of Kashmir, is written by Mamta Nainy, and illustrated through watercolor vistas by renowned artist Niloufer Wadia

Enter the imaginary world of a little girl playing with her mother's hijaab. With a swirl of the hijaab, she is at once a brave warrior queen, an adventurous nomad in the desert, a beautiful bride, or inside a Bedouin tent.

by Hena Khan and Aaliya Jaleel

As a young girl observes that each of six women in her life wears her hijab and hair in a different way, she considers how to express her own style one day.

by Mark Gonzales and Mehrdokht Amini

A lyrical celebration of multiculturalism as a parent shares with a child the value of their heritage and why it should be a source of pride, even when others disagree.