Here is a selection of books from our collection about activism, including civil rights, environmentalism, and other movements, as well as local and personal actions initiated by children. We strive to include as much varied racial/cultural representation as possible, with a focus on #OwnVoices, but these lists also reflect what is available on the market. These titles are only a sample of what you can find in our full collection. To see more, go to Search the Collection and use the "Content" filter on the left-hand menu for “Activism,” or click here. 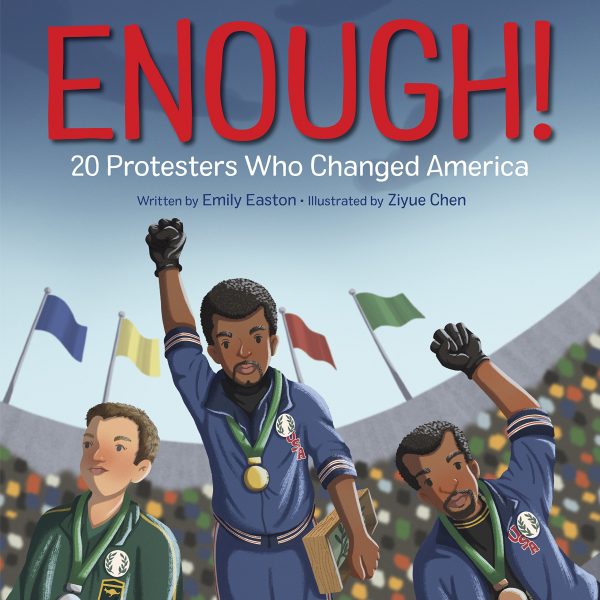 Hands around the library

In January 2011, in a moment that captured the hearts of people all over the world, thousands of Egypt's students, library workers, and demonstrators surrounded the great Library of Alexandria and joined hands, forming a human chain to protect the building from vandalism during government protests. They chanted "We love you, Egypt!" as they stood together for the freedom the library represented

I walk with Vanessa

An elementary school girl witnesses the bullying of another girl, but she is not sure how to help.

by Jonah Winter and Shane Evans

As an elderly woman, Lillian recalls that her great-great- grandparents were sold as slaves in front of a courthouse where only rich white men were allowed to vote, then the long fight that led to her right--and determination--to cast her ballot since the Voting Rights Act gave every American the right to vote 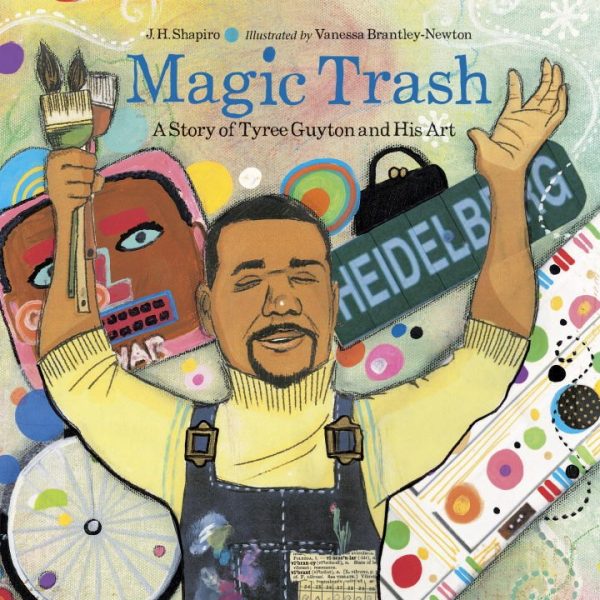 This picture book biography of Tyree Guyton, an urban environmental artist, shows how he transformed his decaying, crime-ridden neighborhood into the Heidelberg Project, an interactive sculpture park. The story spans from Tyree's childhood in 1950s Detroit to his early efforts to heal his community through art in the 1980s. Tyree's awards include Michigan Artist of the Year and International Artist.--publisher

by Susan Meyer and Eric Velasquez

"In this historical fiction picture book, Ella Mae and her cousin Charlotte, both African American, start their own shoe store when they learn that they cannot try on shoes at the shoe store"--|cProvided by publisher

by Miranda Paul and Elizabeth Zunon

"Plastic bags are cheap and easy to use. But what happens when a bag breaks or is no longer needed? In Njau, Gambia, people simply dropped the bags and went on their way. One plastic bag became two. Then ten. Then a hundred. ... Something had to change. Isatou Ceesay was that change. She found a way to recycle the bags and transform her community"--Dust jacket

"True stories of children who opened up their hearts and minds to the unfairness of the world and decided to try and make a difference, because everyone deserves to be happy"--Dust jacket

"Every voice matters, no matter how small. It's time to make a difference."--Page 2 of cover

by Hester Bass and Earl B. Lewis

Mention the Civil Rights era in Alabama, and most people recall images of terrible violence. But something different was happening in Huntsville. For the citizens of that city, creativity, courage, and cooperation were the keys to working together to integrate their city and schools in peace. In an engaging celebration of this lesser-known chapter in American and African-American history, author Hester Bass and illustrator E. B. Lewis show children how racial discrimination, bullying, and unfairness can be faced successfully with perseverance and ingenuity

"This picture book is a celebration of the 50th anniversary of the momentous Woolworth's lunch counter sit -in, when four college students staged a peaceful protest that became a defining moment in the struggle for racial equality and the growing civil rights movement"-- Amazon.com

by Andrea Beaty and David Roberts

When her abuelo is injured at the local landfill, second-grader Sofia is determined to transform the dangerous Mount Trashmore into a park, taking on City Hall in the process.

Illustrations and brief text portray the events of the 1963 march in Washington, D.C., where the Reverend Martin Luther King Jr. delivered a historic speech

by Debbie Levy and Vanessa Brantley-Newton

Traces the history of the inspiring anthem and explains how it has come to represents the right for equality and freedom around the world.