Kestrel Ward (she/they) is an early-career librarian and member of the Diverse BookFinder team. They are a US white American, queer, nonbinary person. Kestrel is committed to expanding diversity and representation in literature for all ages, and have been working on diversity initiatives professionally for about two years, and privately for about a decade. They live in the Florida countryside, with their two roommates, son, dog, and cat.

Recently, I was going through some books from my childhood, deciding what to keep for my son and what to give away. I ran across a book I loved as a kid, but that now gave me pause: “The Five Chinese Brothers” by Claire Huchet Bishop and Kurt Wiese.

The story is about five brothers who look exactly alike but each have their own special powers, such as being able to swallow the sea, having an unbreakable iron neck, or being able to hold his breath forever. One day the brother who can swallow the sea allows a young boy to go with him to collect fish from the ocean floor, but the boy refuses to leave the riches of the ocean and drowns when the brother is forced to release the sea. Accused of murder, the first brother is sentenced to death, but each time the townsfolk attempt to execute him a different brother stands in and survives due to their special abilities. In the end, the townspeople conclude that since he cannot be executed, the brother must be innocent and let him go.
It’s a fun and engaging folktale written in 1938. Unfortunately, the illustrations invoke disparaging racial stereotypes. All characters are depicted in a stereotypical fashion with squinted eyes and yellow skin. Of course, the five brothers are meant to be identical, but other characters are also drawn with a certain sameness of face and dress that makes them indistinguishable.

Also, the folktale is not credited in any way to the original Chinese legend, “Ten Brothers”. In fact, it has no acknowledgement of the culture from which it evolved, making it seem like the western writers came up with the story. This was all very standard for 1938, and the folktale has since been re-imagined several times with more nuanced illustrations.

However, just because an injustice was common in a certain time period doesn’t mean we shouldn’t examine and critique it. Unfortunately, many books from earlier eras, perhaps even especially children’s picture books, had racist representation (warning: Links to racist imagery in historical picture books). They played into stereotypes, othered characters who were not white middle class Europeans/European-Americans, and used racist imagery. Similarly to how the Diverse BookFinder collects all representations of BIPOC characters in more recent picture books, we know that it’s important to study even problematic books and to collect them to identify/analyze trends.  However, one should carefully consider the potential impacts of such titles before using them today.

As much as I loved this book as a child, I won’t be passing it along to my son or any grandchildren I may have. What could have been a wonderful cross-cultural tale that brought a Chinese folktale to American children is unfortunately flawed by racist views about Chinese people. When looking at a book with diverse characters, it’s important to examine how that diversity is portrayed, and whether it plays into stereotypes and racism. Not all representations are positive, and it’s an unfortunate truth that many portrayals of BIPOC characters are deeply flawed. This does not mean we always have to discard a book entirely, but it’s important to acknowledge the ways that literary depictions can do harm, both to those who are being portrayed and to those who are reading the portrayals.

Looking for some folktales that include positive and dynamic representations of Chinese characters? We recommend the titles below:

"Two sisters discover the power of love and the true meaning of compassion in this princess-adventure story based on an ancient Chinese tale." -- publisher

Sion is a fortune-teller who lives in an ancient Chinese kingdom with his son and a beloved horse. When Sion begins to experience a series of unlucky events, he shocks everyone in town by saying that it is a sign of good things to come. Will Sion lose his reputation for being the wisest man in the kingdom, for how could misfortune ever be a blessing? This profound folktale from China, originally retold by Chen Jiafei and illustrated by award- winning artist Wang Ran, has been translated into English 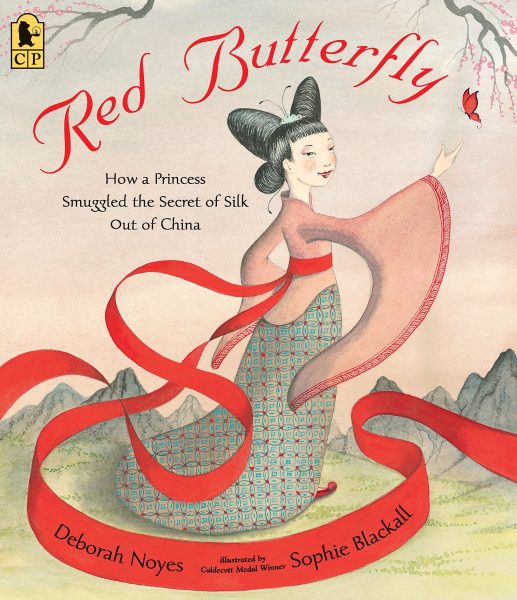 by Loretta Seto and Renné Benoit

A little girl celebrates the Chinese Moon Festival with her parents, who tell her three legends about the moon while they eat mooncakes and drink tea.