4022 books in the collection

Friends Change the World: We Are The Supremes

by Zoë Tucker and Salini Perera

"We Are The Supremes tells the inspiring story of three young school friends whose amazing talent and hard work saw them become America’s most successful vocal group of all time, The Supremes. This inspiring picture book tells the story of the friendship between Flo, Mary, and Diana, and how by supporting each other they overcame hardship to become international superstars. It’s 1960, and Flo, Mary, and Diana are three friends with big ambitions. They want to be superstars! But 1960s America was not the easiest place for young black girls from the projects to make it big. They audition for the new Motown Records label, but the manager says NO. Not to be put off, the girls try again, and this time, they succeed. They become...The Supremes! They travel the world, singing hit after hit. Of course they have falling outs, like all friends do, but with a shared dream to keep their friendship strong, they became the USA’s most successful vocal group ever." -- publisher

by Karen English and Javaka Steptoe

My Life with Autism

by Mari Schuh and Isabel Muñoz

"Zen loves to draw and play video games. He also has autism. Zen is real and so are his experiences. Learn about his life in this illustrated narrative nonfiction picture book for elementary students. Kids are naturally curious about differences and disabilities. Zen sheds light on his life, with the help of experienced children’s author Mari Schuh. Zen is not defined by his condition, but he does some things differently than neurotypical people. Beautiful illustrations and a dyslexic-friendly font promote accessibility. Includes tips for kids about interacting with someone who has autism." -- publisher 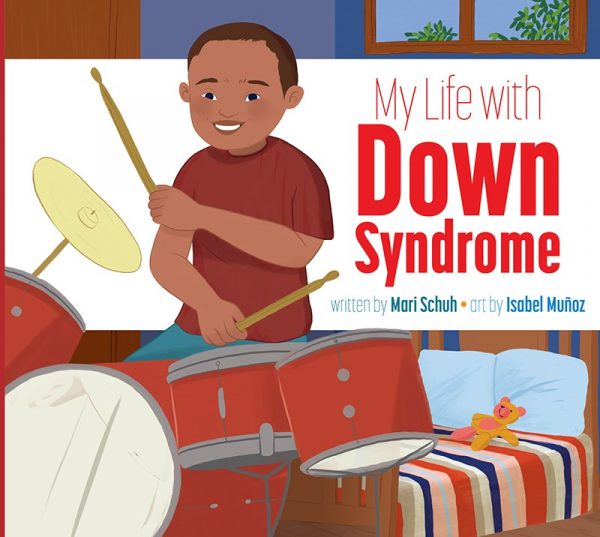 My Life with Down Syndrome

by Mari Schuh and Isabel Muñoz

"Meet Peter! He loves the drums and gym class. He also has Down Syndrome. Peter is real and so are his experiences. Learn about his life in this illustrated narrative nonfiction picture book for elementary students. Kids are naturally curious about differences and disabilities. Peter sheds light on his life, with the help of experienced children’s author Mari Schuh. He’s not defined by his condition, but he does some things differently than neurotypical people. Beautiful illustrations and a dyslexic-friendly font promote accessibility. Includes tips for kids about interacting with someone who has Down Syndrome." -- publisher 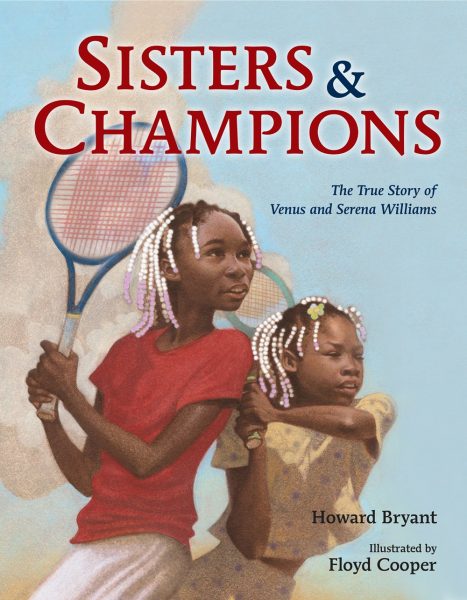 Sisters and Champions: The True Story of Venus and Serena Williams

by Howard Bryant and Floyd Cooper

"A 2019 ILA Teacher's Choices Reading List Selection! An inspiring picture book sports biography about two of the greatest female tennis players of all-time! Venus and Serena Williams: Best friends. Sisters. Champions. Everyone knows the names Venus & Serena Williams. They've become synonymous with championships, hard work, and with shaking up the tennis world. This inspirational true story, written by award-winning sports journalist, Howard Bryant, and brought to beautiful life by Coretta Scott Kind Award and Honor winner, Floyd Cooper, details the sisters' journey from a barely-there tennis court in Compton, CA, to Olympic gold medals and becoming the #1 ranked women in the sport of tennis. Here is a worthy ode to Venus and Serena Williams, the incredible sister duo who will go down in history as two of the greatest" -- publisher

by Bella Makatini and Judi Abbot

The International Day of the Girl

"This introduction to the International Day of the Girl and its worldwide significance encourages children to recognize their own potential to make change, providing both a perfect lesson in social justice and a celebration of girl power. The United Nations designated October 11th as the International Day of the Girl, a day to increase awareness of problems that affect girls --- and only girls --- around the world and to encourage progress toward gender equality. Nine stories inspired by the real-life experiences of girls from all over the globe bring to light the importance of this day. Each story is set in a different country and sensitively describes an inequity faced by a character and how she addressed it. The challenges include gender-based violence, illiteracy, lack of access to technology, sanitation, nutritional disparity and child marriage. Each story features a positive description of the main character --- strong, smart, creative, inventive, brave, talented, caring, funny, ambitious --- and each concludes with a realistic yet hopeful outcome, presenting the girls as more than victims of their circumstances. Their powerful, and empowering, experiences will stir the activist in every child. Jessica Dee Humphreys's well-researched and illuminating stories are both readable and age appropriate. Award-winning Simone Shin's simple, warm illustrations bring the characters and their circumstances to life. Sidebars expand on the issues covered in each story. This book is a perfect choice for social justice discussions, as well as for social studies lessons on global communities, and for character education conversations on citizenship. It includes a foreword by the Honorable Rona Ambrose, who led Canada's call for the day to be formally adopted by the United Nations. Also included are an annotated time line of the day's creation and additional statistical information. A portion of the proceeds will go to Plan International Canada." -- publisher

The Lion Queens of India

"Award-winning photojournalist Jan Reynolds offers readers a fascinating glimpse into the world of the endangered Asiatic lions and the female forest rangers who fight to save them. In the far west of India, in Gir National Park, dwells one of the rarest big cats on Earth: the Asiatic lion. Known for its distinctive belly flap and the bushy tassels on its tail, the Asiatic lion once roamed from the Mediterranean Sea to the Bay of Bengal. But human hunting and expansion into their territory eroded the lions' numbers, until only twelve remained alive. Now more than six hundred lions stalk the forest and savannahs of Gir -- thanks in part to the work of the "Lion Queens," a team of female rangers who specialize in caring for the Asiatic lions. Join Rashila and her friends on a journey around the park as they visit the lions in their habitats, monitor the web of life that encompasses all of the animals, and work with local villagers to preserve harmony between the human and animal populations. Readers will discover not only the many factors that influence the lions' lives, but what they can do to help ensure the lions' survival. Illustrated throughout with compelling photographs, The Lion Queens of India is an inspiring portrait of the lives of these female rangers and animal conservation efforts across the world. 2021 Orbis Pictus Award Recommended Title." -- publisher