On her sixth birthday, Mei Mei puts on a special new dress and helps her adoptive mother make a traditional birthday dish from Mei Mei's home country, China, to share with her loving family. Includes recipe for Lucky Birthday Noodles

by Cheryl. Foggo and Qin Leng

After his parents die, seven-year-old Maiko leaves his village in Africa to live across the ocean with his aunt and uncle. When he thinks of home, he thinks of the big baobab tree at the center of the village. In his new home, Maiko feels a special connection to the small spruce tree in the front yard, especially when he finds out it is the same age as he is. Like his beloved baobab, this tree also sings to him and shares his secrets. When he learns that the little spruce is in danger of being cut down, Maiko tries to save it

by Uma Krishnaswami and Ruth Jeyaveeran

Embarrassed by her clumsiness, eight-year-old Meena, an Asian Indian American girl, is reluctant to appear in the school play until she gains self-confidence by practicing yoga

Steel drumming at the Apollo

"Photo-essay about a high school steel drum band from upstate New York that participated in a series of talent competitions for a chance to win Super Top Dog on Amateur Night at the Apollo Theater in Harlem. Includes a CD of the band performing"--Provided by publisher

by Myron. Uhlberg and Colin Bootman

When flood waters submerge their New Orleans neighborhood in the aftermath of Hurricane Katrina, a young cornet player and his parents evacuate their home and struggle to survive and stay together

A place where hurricanes happen

by Renée. Watson and Shadra Strickland

Told in alternating voices, four friends from the same New Orleans neighborhood describe what happens to them and their community when they are separated, then reunited, as a result of Hurricane Katrina 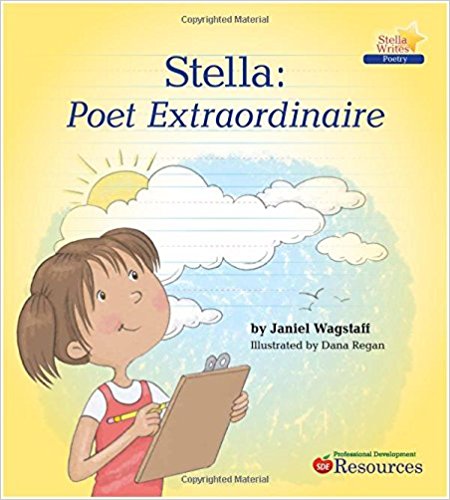 Meet Stella! Poet extraordinare. In Ms. Merkley's class, every year starts with a poetry walk. But that's just the beginning--poetry is part of every day. It's in kids journals and in their voices, on the wall and in the hall. Poetry tumbles in an avalanche from Tineka's desk, roars out of a tornado-cancelled field trip, and even keeps Filipe up at night. Warning: poetry can really hook you. Take a poetry walk with Stella, and you'll be hooked, too!--Back cover