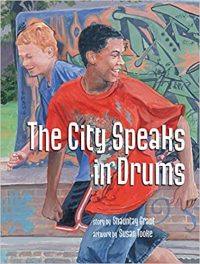 Everyone Loves A Parade!*

by Andrea Denish and Guilherme Franco

"Included on the SCBWI Recommended Reading List 2020 Everyone loves a parade, right? Well, almost everyone! In this colorful picture book, young readers can take a rollicking, rhyming journey through some of the most celebrated parades in the United States. Music, costumes, food, and fun. The sights and sounds of a parade are exciting! From Mardi Gras and Chinese New Year to St. Patrick's Day and LGBTQ+Pride, each celebration is a joy for kids, and most adults. With rhyming text and bold illustrations, children will love this festive and humorous look at some of the country's most well-known parades that features a surprise ending." -- publisher