After a bad school day, Sofi is transported from a New York City community garden to the Dominican Republic and Haiti, and helps composer Juan Luis and artist Guerlande. 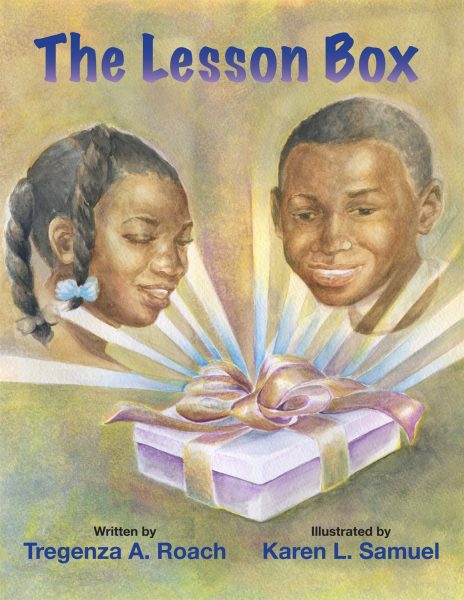 by Tregenza A. Roach and Karen L. Samuel

"One summer afternoon Rebecca (Becca) and her friend Khalid go on a simple errand and find a mysterious, shiny box that seems to have appeared out of nowhere. What should they do? Leave it where they have found it? Take it home? Tell their parents? Read The Lesson Box and find out how these two seven-year olds handle the situation, never suspecting the consequences of their decision, much less what the beautiful box contains! The Lesson Box is a fun story that your child will love. It is a valuable tool for parents and teachers who struggle to instill good values in young children and to provide them a sound moral foundation." -- publisher 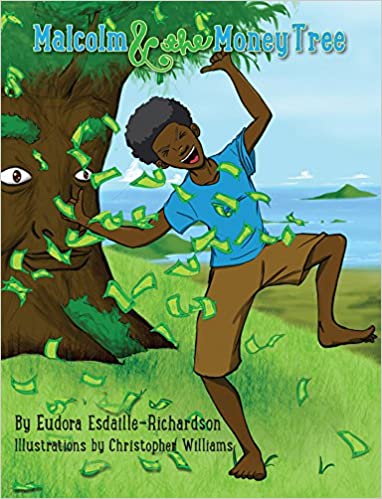 Malcolm and the Money Tree

by Eudora Esdaille-Richardson and Christopher Williams

"If Malcolm had it his way, he would sleep all day and all night. But Granny simply won't have it there is work to do! One day, Malcolm meets a very special tree that he is sure will help him get what he wants. But even if money really did grow on trees does even such luck require responsibility?" -- publisher