by Andrea. Cheng and Ed Young

"You are my messenger. Look everything. Remember." Grandma Nai Nai tells eleven-year-old Xiao Mei as the girl heads off to Shanghai, China, to visit their extended family. Xiao Mei is both excited and apprehensive. She will meet many new relatives, but will they accept her, a girl from America who is only half Chinese? Xiao Mei is eagerly embraced by her aunties, uncles and cousins and quickly immersed in the sights, smells and hubbub of daily living in Shanghai. At first battling homesickness, Xiao Mei soon ventures on her own, discovering the excitement of a different way of life and a new appreciation of her Chinese heritage. When it is finally time to leave, Xiao Mei must gather up her memories and bring "a little bit of China" back home. A lyrical story of adventure, self-discovery, and the strong bonds that tie families together. ~Publisher

by Andrea. Cheng and Michelle Chang

by Dia Cha and Chue Cha

Mr. and Mrs. Stein and their young sons Gabe and Jacob adopt a baby girl from Vietnam

The way we do it in Japan

Gregory experiences a new way of life when he moves to Japan with his American mother and his Japanese father. 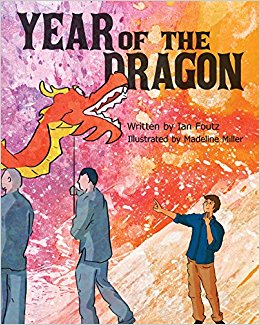 Year of the Dragon

by Ian Foutz and Madeline Miller

"Life wasn't perfect, but things were going pretty well for Jake Chandler. Then his dad moved the family to China for his new job, taking Jake halfway around the world and forcing him to leave everything he'd ever known behind. There doesn't seem to be anything for him in "the land of broken sticks" except for noise, loneliness, and confusion. But who knows? With the help of early morning tai-chi warriors, breakfast dumplings, and his Dutch neighbor Martin, maybe Jake can make this new life work after all"--Back cover