My Name is Blessing

Only the mountains do not move

"A photographic essay about the Maasai people in Kenya, traditionally nomadic herders, exploring the contemporary challenges they face focusing on environmental changes such as the overgrazing of land and the threat of wildlife extinction and how the Maasai are adapting their agricultural practices and lifestyle while preserving their culture"--Provided by publisher. Includes Maasai proverbs. Suggested level: primary, intermediate

Today is the day

"Mutanu is excited. As she goes about her chores, she thinks about the day to come and what surprises it might bring. For today is no ordinary day at the orphanage she lives in. Every year, the orphanage honors its newest arrivals by creating a birthday day especially for them. From that moment forward, the orphans have a day that they know is theirs--a day to celebrate, a day to enjoy, a day to remember. And today is the day!"--Publisher

Maasai tribal members, after hearing the story of the September 11th attacks from a young Massai who was in New York on that day, decide to present the American people with fourteen sacred cows as a healing gift.

This true story of Wangari Maathai, environmentalist and winner of the Nobel Peace Prize, is a shining example of how one woman's passion, vision, and determination inspired great change.

by Franck Prévot and Aurélia Fronty

Wangari Maathai received the Nobel Peace Prize in 2004 for her efforts to lead women in a nonviolent struggle to bring peace and democracy to Africa through its reforestation. Her organization planted over thirty million trees in thirty years. This beautiful picture book tells the story of an amazing woman and an inspiring idea 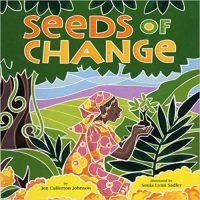 "A biography of Kenyan Nobel Peace Prize winner and environmentalist Wangari Maathai, a female scientist who made a stand in the face of opposition to women's rights and her own Greenbelt Movement, an effort to restore Kenya's ecosystem by planting millions of trees"--Provided by publisher 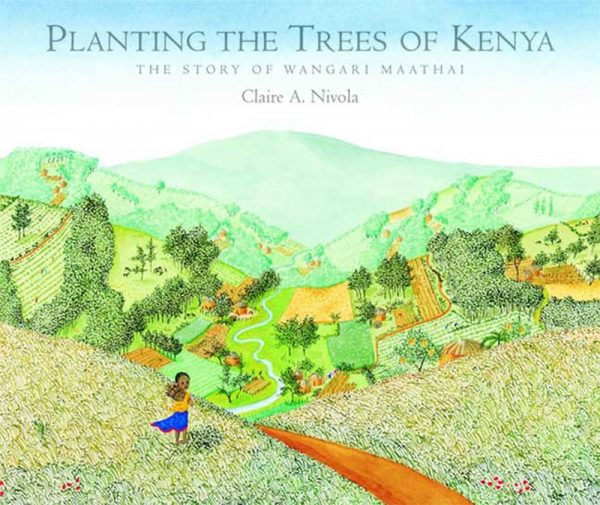 Planting the trees of Kenya

by Claire A. Nivola

"This is the story of Wangari Maathai, winner of the 2004 Nobel Peace Prize and founder of the Green Belt Movement, Wangari came home from college to find the streams dry, the people malnourished, and the trees gone. How could she alone bring back the trees and restore the gardens and the people?"--Jacket

The story of Wangari Maathai, who in 1977 founded the Green Belt Movement, an African grassroots organization, and in 2004 was the first African woman to be awarded the Nobel Peace Prize

There are approx 2.5 million slum dwellers in about 200 settlements in Nairobi representing 60% of the Nairobi population, and occupying just 6% of the land. Kibera houses almost 1 million of these people. Kibera is the biggest slum in Africa and one of the biggest in the world. Most all of the orphans in Kibera have lost their parents to AIDS