"An illustrated biography of Confucius (551 BCE-479 BCE), the ancient Chinese teacher, politician, thinker, and philosopher known for his popular aphorisms, his emphasis on education and study, and his models of social interaction. Includes a map and author's sources"-- Provided by publisher

"A biography of Su Dongpo, Chinese poet, civil engineer, and statesman, whose appreciation for nature and justice were evident in his works and led him to experience both triumph and adversity in 11th century China"--Provided by publisher

by Libby Koponen and Ed Young

"In Ed Young's childhood home in Shanghai, all was not as it seemed: a rocking chair became a horse; a roof became a roller rink; an empty swimming pool became a place for riding scooters and bikes. The house his father built transformed as needed into a place to play hide-and-seek, to eat bamboo shoots, and to be safe. For outside the home's walls, China was at war. Soon the house held not only Ed and his four siblings but also friends, relatives, and even strangers who became family. The war grew closer, and Ed watched as planes flew overhead and friends joined the Chinese air force. But through it all, Ed's childhood remained full of joy and imagination"--Amazon.com 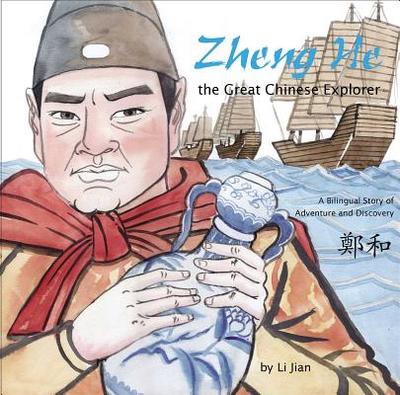 A Bicycle in Beijing

"One day, while living in a hutong in Beijing, a boy returns home to find that his dad has purchased a shiny new bike for work. He begs his father to let him ride it. When his father finally agrees, he races around the neighborhood to show off the bike. Before long, the boy gets careless. He rips his pants, lets his friends pile on like acrobats in the circus, and finally wrecks the bike. Sheepishly, he returns the bike to his dad, who stays up all night fixing it. The experience teaches him the value of the bike and instills a deep respect for his father." -- publisher