While visiting the science museum with his mother and sister, Jojo finds himself on a journey through space as the retired space shuttle Endeavour describes her missions and the people involved. Includes "fun facts" about Endeavour, "famous firsts" of five space shuttles, quizzes, and a glossary.

All the way to Havana

by Margarita Engle and Mike Curato

A boy helps his father keep their very old car running as they make a trip to Havana for his newborn cousin's zero- year birthday. Includes author's note about cars in Cuba

"Tata Gus teaches his grandson Aaron how to use natural healing remedies, and in the process helps the members of his family and his neighbors"--|cProvided by publisher

Follows a girl in the 1920s as she strives to become a drummer, despite being continually reminded that only boys play the drums, and that there has never been a female drummer in Cuba. Includes note about Millo Castro Zaldarriaga, who inspired the story, and Anacaona, the all -girl dance band she formed with her sisters

When his mother is sent back to Mexico for not having the proper immigration papers, José and his father travel from San Diego, California, to visit her in Tijuana 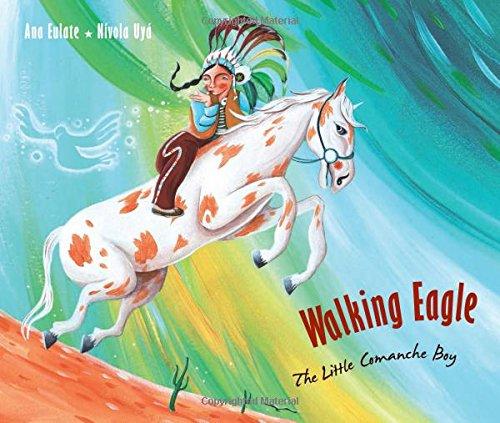 A Comanche boy named Walking Eagle tells tales without words, using his hands, his face, his smile, and his eyes to communicate with animals and the people of other tribes that he meets on his journey.