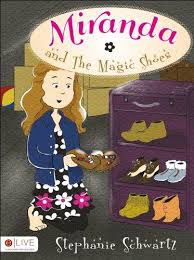 After falling in love with Japan as a little girl, Erika becomes a teacher and fulfills her childhood dream by moving to a remote Japanese island