by Glenda Armand and Floyd Cooper

"A biography chronicling the life of Ira Aldridge, an African American actor who is considered to be one of the greatest Shakespearean actors of the nineteenth century. Includes afterword and author's sources"--|cProvided by publisher

My name is James Madison Hemings

Winter and Widener tell the story of James Madison Hemings's childhood at Monticello, and, in doing so, illuminate the many contradictions in Jefferson's life and legacy. Though Jefferson lived in a mansion, Hemings and his siblings lived in a single room. While Jefferson doted on his white grandchildren, he never showed affection to his enslaved children. Though he kept the Hemings boys from hard field labor instead sending them to work in the carpentry shop Jefferson nevertheless listed the children in his Farm Book along with the sheep, hogs, and other property. Here is a profound and moving account of one family's history, which is also America's history 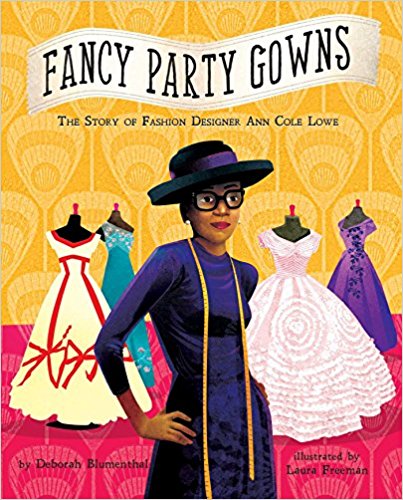 Fifty cents and a dream

by Jabari Asim and Bryan Collier

"Born into slavery, young Booker T. Washington could only dream of learning to read and write. After emancipation, Booker began a five-hundred-mile journey, mostly on foot, to Hampton Institute, taking his first of many steps towards a college degree. When he arrived, he had just fifty cents in his pocket and a dream about to come true"- -Amazon.com