"Gloria is making a delicious porridge, but she's too hungry to share it with the cat. When Gloria goes to fetch some water, cat eats all the porridge . Angry Gloria shakes her spoon at the cat, and the scared cat runs away, starting a chaos around her. A retelling of an Ethiopian folktale by acclaimed author, Elizabeth Laird." -- publisher

by Maureen Fergus and Cale Atkinson

"A hilarious send-up of every kid’s moment of Santa doubt. Santa has a problem. This kid? Harold? Santa doesn’t think he’s real. He WANTS to believe in Harold—after all, Harold is one of the most magical parts of Christmas. Getting Harold’s letters, eating the cookies he leaves out, feeding his carrots to the reindeer…what would Christmas be without that? But Santa’s just not sure. Some of his friends are telling him they think Harold’s not real. And the Harold that sat on his knee last Christmas looked AWFULLY different. Santa comes up with a plan to find out once and for all if Harold really exists…with hilarious consequences." -- publisher 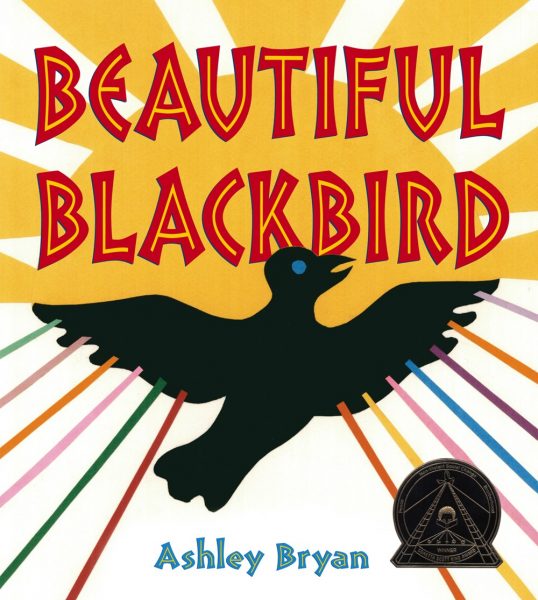 "Long ago, Blackbird was voted the most beautiful bird in the forest. The other birds, who were colored red, yellow, blue, and green, were so envious that they begged Blackbird to paint their feathers with a touch of black so they could be beautiful too. Although Black-bird warns them that true beauty comes from within, the other birds persist and soon each is given a ring of black around their neck or a dot of black on their wings—markings that detail birds to this very day." -- publisher

A million fish…more or less

by Pat McKissack and Dena Schutzer

A boy learns that the truth is often stretched on the Bayou Clapateaux, and gets the chance to tell his own version of a bayou tale when he goes fishing

Describes the life of the legendary steel-driving man who was born and who died with a hammer in his hand.