"When they met, Hope, a sad girl, and Jelly Beans, a captured cheetah, began a lifelong friendship through mutual caring. The power of their surprising partnership--strengthened by empathy--connected them with a new family, the Barabaig tribe. In this highly anticipated sequel, Hope and Jelly Beans use compassionate listening to explore what brought them together." -- publisher

"This dual-language English and Swahili picture book is inspired by the founding of Tanzania, told through the eyes of a young boy who climbs Mount Kilimanjaro to signify the country's independence."--

"In Tanzania, there is a little village where a girl named Onika lives. She loves to go to school with her friends. Onika, Teophani, Agnes and Elibeth each have activities they like to do at their school. What is Onika's favorite thing to do? How can Onika and her friends learn skills to help their village?"--Back cover

"Separated from his family when they were forced to flee their home, a young East African boy named Deo lives alone in the Lukole refugee camp in Tanzania. With scarce resources at the camp, bullies have formed gangs to steal what they can, and a leader named Remy has begun targeting Deo. Then one day a coach gathers all the children to play soccer. Though Deo loves soccer and has even made his own ball out of banana leaves, he's unsure at first about joining in when he sees Remy on the field. But as Deo and the other boys get drawn into the game, everything begins to change. Their shared joy in playing provides the children-- including Remy--with a sense of belonging"-- Amazon.com

"Neema lives in the mountains of Lushoto, Tanzania. Her day is full of fun. She tricks Joseph. She helps Mama Mdemu. She sings with the children. Neems is always looking for ways to learn"--Back cover

In a cloud of dust

by Alma Fullerton and Brian Deines

"Inspired by the many bicycle libraries that have opened all across Africa, In a cloud of dust is an uplifting example of how a simple opportunity can make a dramatic change in a child's life"--Page 4 of cover

by JaNay Brown-Wood and Hazel Mitchell

Little Imani of the Maasai people longs to do something great, like touching the moon, but the other children just laugh at her 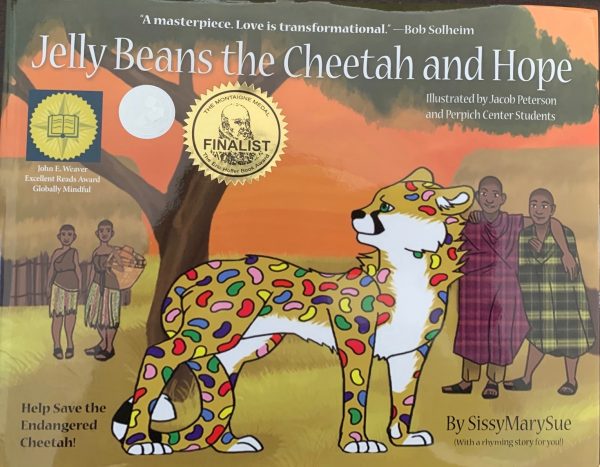 Jelly Beans the cheetah and hope

"In Jelly Beans the cheetah and hope, the unlikely pairing of a sad little girl and a captured cheetah discover how much they share in common when they embark on an adventure in friendship... Set in Tanzania, Africa with the Barabaig tribe, the book encourages youth to identify with the characters as they experience difficulty, persevere, model empathy, and then are shown empathy by the tribe"--Page 4 of cover

The Amazing Travels of Ibn Battuta

Under the same sun

by Sharon Robinson and AG Ford