A drop of the sea

When Ali's aged great-grandmother, with whom he lives, tells him the one thing she wishes for that she never did was to see the sea, two days walk away across the desert, he sets out with a pail to make the journey for her. 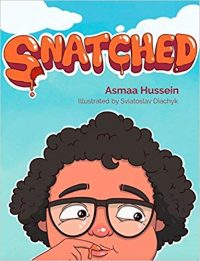 The mountain Jews and the mirror

When a newly married couple from a small Moroccan village moves to the city of Casablanca, the mirror on their wardrobe causes much confusion, as they each think their spouse has married someone new

A young African boy draws inspiration from a story about the life of Lopez Lomong, a Sudanese boy who was able to overcome all of the obstacles in his life and become an Olympic runner

A retelling of the nativity story from a perspective emphasizing the struggle of Mary and Joseph as refugees.-- Provided by publisher

While Nora waits for the couscous her father is cooking to be finished, he tells her a story about his youth in the High Atlas Mountains of Morocco. Includes author's note and glossary