"As she climbs aboard the New York bound Silver Meteor train, Ruth Ellen embarks upon a journey toward a new life up North—one she can’t begin to imagine. Stop by stop, the perceptive young narrator tells her journey in poems, leaving behind the cotton fields and distant Blue Ridge mountains." -- publisher

Birth of the Cool

"As a young musician, Miles Davis heard music everywhere. This biography explores the childhood and early career of a jazz legend as he finds his voice and shapes a new musical sound. Follow his progression from East St. Louis to rural Arkansas, from Julliard and NYC jazz clubs to the prestigious Newport Jazz Festival. Rhythmic free verse imbues his story with musicality and gets readers in the groove. Music teachers and jazz fans will appreciate the beats and details throughout, and Miles’ drive to constantly listen, learn, and create will inspire kids to develop their own voice." -- publisher 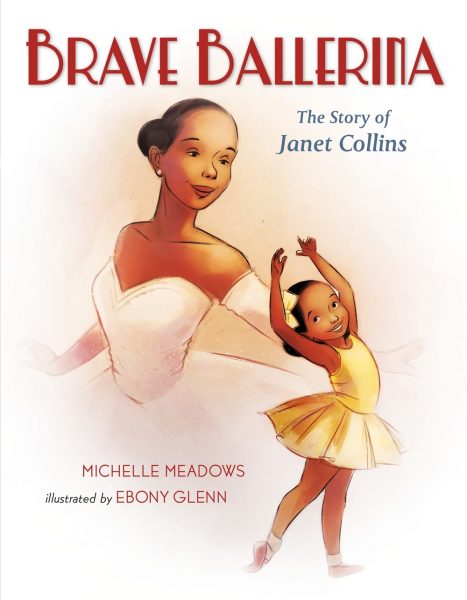 "There is much Juana is going to miss as she moves from Mexico to New York, but nothing more than her abuelo. Through letters to her grandfather, Juana details her flight, new apartment, and her first days of school where everyone speaks a language she barely understands. When Juana makes her first friend, though, things begin to change." --publisher

by Danielle Jawando and Noa Snir

"Maya Angelou was an African-American author, poet, playwright and civil rights activist. She wrote seven autobiographies, three books of essays, several books of poetry, and a long list of plays, films and television shows. Never taking ‘No’ for an answer, Maya used her voice and her art to overcome prejudice and difficulty and to become an inspiration to those around her and to future generations. Her story is a rich and remarkable one – a tale filled with strength, hardship and hope. Maya learned the importance of using her own voice to help others and change the world!" -- publisher

by Elisa Amado and Alfonso Ruano

"Friendship — to be known, to be accepted as you are, to feel safe, especially when you are vulnerable. The girl in this story has recently arrived in Brooklyn with her family. On her very first day at school she meets a girl who almost instantly becomes her very best friend. She feels known, loved and accepted by her. But when she invites her friend to come for dinner with her family — a family that feels free to eat weird food and, even worse, burst into song with their version of a sentimental classic of longing and homesickness — something shifts and she no longer feels safe at all. What will it be like tomorrow at school?"--publisher

by Mireille Messier and Gabrielle Grimard

"Discover the sights, sounds and magic of a night at the ballet that will prepare even the youngest of children for their first theatrical experience Beep! Beep! go the taxis. Voof! go the velvet curtains. The Nutcracker ballet and New York City’s David H. Koch Theater come to life in this onomatopoeic representation of a little girl’s experience at the ballet. From the swish of her dress and the tick-tick-tick of the conductor’s baton to the twelve bongs of the clock and the pitter-patter of dancers’ feet, this special evening is filled with sensory treats for the eyes and especially the ears. And did she enjoy the ballet? The answer is a big smooch on her father’s cheek. Written by Mireille Messier, Nutcracker Night is a celebration of a Christmas classic that is often a child’s first experience of the ballet. Award-winning illustrator Gabrielle Grimard infuses each scene with warm holiday colors and a richness that will make young readers feel they are really there. An author’s note enriches the text with further information and a brief summary of the famous ballet." -- publisher