One Summer Up North

"A wordless picture-book journey through the Boundary Waters, canoeing and camping with a family as they encounter the northwoods wilderness in all its spectacular beauty It's a place of wordless wonder: the wilderness of the Boundary Waters on the Minnesota–Canada border. Travel its vast distances, canoe its streams and glacial lakes, take shelter from rain under a rocky outcropping (or in your tent), camp in its vaulting forests as stars embroider the darkening sky. Is this your first visit? Or is it already your favorite destination? Come along—join a family of three as their journey unfolds, picture by picture, marking the changing light as the day passes, the stillness before the gathering storm, the shining waters everywhere, rushing here, quietly pooling there, beckoning us ever onward into nature’s infinite wildness one summer up north." -- publisher

"A family gradually moves forward after the loss of a child—a story for readers of all ages When someone you love dies, you know what doesn’t die? Love. On the hot beach, among colorful umbrellas blooming beneath a bright sun, no one saw a little girl walk into the water. Now, many months later, her bedroom remains empty, her drawers hold her clothes, her pillows and sheets still have her scent, and her mother and father, brothers and sister carry her in their hearts, along with their grief, which takes up so much space. Then one snowy day, the mother and father ask the girl’s older brother, “Would you like a room of your own?” He wants to know, “Whose?” They say, “Your sister’s.” Tenderly, and with refreshing authenticity, beloved Minnesota writer Kao Kalia Yang tells the story of a Hmong American family living with loss and tremendous love. Her direct and poignant words are accompanied by the evocative and expressive drawings of Hmong American artist Xee Reiter. The Shared Room brings a message of comfort and hope to readers young and old." -- publisher

I’ll be a truck driver

"Readers follow along with an over-the-road truck driver as a young boy pretends to be a semi-truck driver hauling a load of oranges from a Florida orchard to a store across the country. Includes a glossary of truck-driving terms and an activity that lets readers practice mapping a route across a state"--Provided by publisher 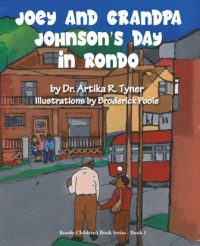 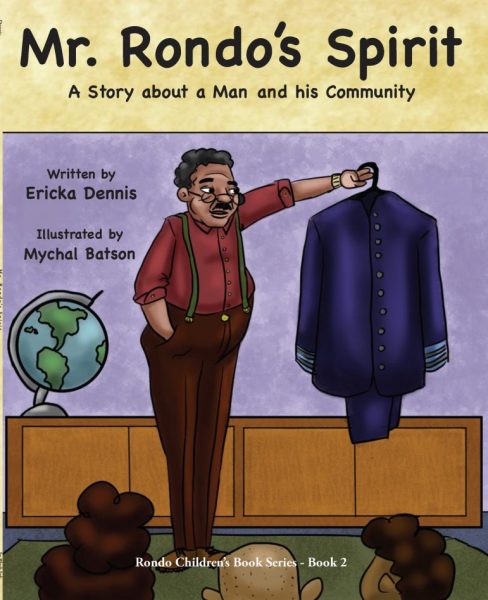 by Ericka Dennis and Mychal Batson

Paul Rondo, a Pullman Porter, lived in the Rondo neighborhood before the interstate-94 freeway was built in the 1960s. Mr. Rondo tells about his life in Rondo and how it changed overtime. Through shear will and faith Mr. Rondo and his family find a way to keep the spirit and legacy of Rondo alive!