by Devin Scillian and Chris Ellison

In 1889, young Moses and his family sell everything they own and leave their Baltimore, Maryland, home to join many other settlers--black and white--in a race to claim land in the newly-opened territory of Oklahoma.

"Frederick Douglass was a self-educated slave in the South who grew up to become an icon. He was a leader of the abolitionist movement, a celebrated writer, an esteemed speaker, and a social reformer, proving that [as he said,] 'Once you learn to read, you will be forever free'"--Dust jacket

by Gwendolyn Hooks and Colin Bootman

"Biography of Vivien Thomas, an African-American surgical technician who pioneered the procedure used to treat babies with a heart defect known as 'blue baby syndrome.' Includes author's note and author's sources"--Provided by publisher

by Shana Keller and David Gardner

Benjamin Banneker is known and admired for his work in science, mathematics, and astronomy. He was born free at a time in America, 1731, when most African Americans were slaves. At the age of 22 he built a strike clock based on his own drawings and using a pocket-knife.--Provided by the Publisher 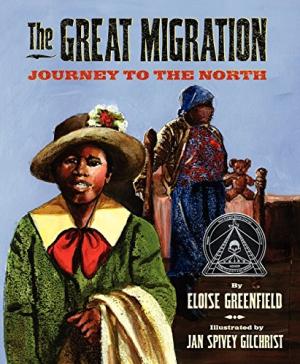