by Jay Leslie and Ebony Glenn

"An uplifting picture book biography about the unwavering bond between sisters and tennis legends Venus and Serena Williams. In 1989, two opponents faced off in their first tennis tournament. But they weren’t just rivals, they were also sisters. Sisters who would go on to become legends. The first sisters in professional tennis ever to be ranked #1 and #2 in the world. The first sisters to both reach the top of the rankings, and do it together. The only sisters to ever win Grand Slam titles and Olympic gold medals together. From their beginnings on a crumbling Compton tennis court to their shining achievements on the most prestigious stages, Game, Set, Sisters!: The Story of Venus and Serena Williams tells the inspirational story of two of the most beloved athletes in history and how despite being served the most challenging hardships in life—illness, family, loss, racism—they always continued to swing back stronger." -- publisher

by Mei Zihan and Qin Leng

"A moving picture book to read when we’re missing family far away, set during Lunar New Year. It’s Lunar New Year, a time when families come together for a wonderful feast, and a father longs to be with his daughter—but she lives in another country. As he imagines how his daughter is spending the festivities, he recalls fond memories of time spent with her, feeling a sense of loss and dislocation. While he misses her deeply, he also recognizes her need to move away, grow up, and become herself. New Year is a stunning portrait of leaving home, finding independence, and loving those who are many miles away. At a time when so many families are unable to gather together, readers will relate to the universal message of missing our loved ones and dreaming of being together again. " -- publisher

by Nancy Churnin and Felicia Marshall

"Growing up in the late 19th century, Laura Wheeler Waring didn't see any artists who looked like her. She didn't see any paintings of people who looked like her, either. As a young woman studying art in Paris, she found inspiration in the works of Matisse and Gaugin to paint the people she knew best. Back in Philadelphia, the Harmon Foundation commissioned her to paint portraits of accomplished African-Americans. Her portraits still hang in Washington DC's National Portrait Gallery, where children of all races can admire the beautiful shades of brown she captured." -- publisher

"Before Bessie Coleman blazed a high trail with her plane . . . Before she performed in death-defying flying shows that would earn her fame as "Queen Bess" . . . Before she traveled the country speaking out against discrimination, Bessie was a little girl with a big imagination that took her to the sky, through the clouds, and past the birds." -- publisher

How does my fruit grow?

Sophie loves visiting her aunt and uncle in the countryside and learning all about the fruits that grow in their garden: strawberries, redcurrants and cranberries. She even discovers how a tall cherry tree grows from a small seed, and how bees help blossoms become fruit. She is sad when her family moves south but starts to enjoy her new garden with its different plants and trees. Soon Sophie makes friends with her neighbours who help her harvest melons, grapes, figs, oranges and pomegranates. At school, Sophie and her classmates learn about tropical fruits and nuts from all over the world -- bananas, coconuts, cashews, pineapples and many more. The simple story, both informative and entertaining, is perfect for teaching children where food comes from, and for inspiring interest in the wonderful diversity of the world around us. 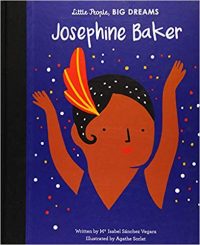