When eight-year-old Kiki travels to Taos Pueblo, the reservation where her parents grew up, she confronts her identity as both a Tiwa Indian and a big city girl.

by Sebastian Robertson and Adam Gustavson

"Canadian guitarist and songwriter Robbie Robertson is known mainly for his central role in the musical group the Band. But how did he become one of Rolling Stone's top 100 guitarists of all time? Written by his son Sebastian, this is the story of a rock-and-roll legend's journey through music, beginning when he was taught to play guitar at nine years old on a Native American reservation"--Amazon.com

"A biography of Native American Ira Hayes, a shy, humble Pima Indian who fought in World War II as a Marine and was one of six soldiers to raise the U.S. flag on Iwo Jima, an event immortalized in Joe Rosenthal's famous photograph"-- Provided by publisher

by Chiori Santiago and Judith Lowry

Two young Maidu Indian brothers sent to live at a government-run Indian residential school in California in the 1930s find a way to escape and return home for the summer.

Xochitl and the flowers

by Jorge Argueta and Carl Angel

Xochitl and her family, newly arrived in San Francisco from El Salvador, create a beautiful plant nursery in place of the garbage heap behind their apartment, and celebrate with their friends and neighbors.

While walking through a forest of sequoias, a father tells his family the story of the tree's namesake. Sequoyah was a Cherokee man who invented a system of writing for his people. His neighbors feared the symbols he wrote and burned down his home. All of his work was lost, but, still determined, he tried another approach. The Cherokee people finally accepted the written language after Sequoyah taught his six-year-old daughter to read 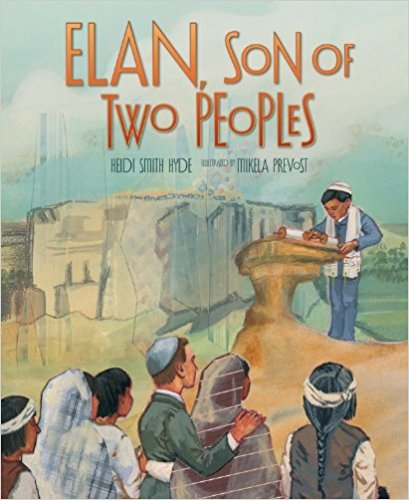 In 1898, just after his Bar Mitzvah, thirteen-year-old Elan and his family travel to Albuquerque, New Mexico, where he meets his mother's family and participates in the Pueblo ceremony of becoming a man.