"A little girl uses imagination and inventiveness to spread friendship through her community. But will she find a friend of her own? Whether it’s a supersonic sandwich maker or a twelve-tailed dragon, Sicily Bridges can make almost anything from materials she finds around her apartment complex. But when it comes to making friends, Sicily has yet to find the perfect fit. With a diverse cast of characters brought to life by illustrator Erika Medina, Sara de Waal’s whimsical debut emphasizes the power of imagination and finding companionship where you least expect it." -- publisher

"The team behind the Newbery Medal winner and Caldecott Honor book Last Stop on Market Street and the award-winning New York Times bestseller Carmela Full of Wishes once again delivers a poignant and timely picture book that’s sure to become an instant classic. Milo is on a long subway ride with his older sister. To pass the time, he studies the faces around him and makes pictures of their lives. There’s the whiskered man with the crossword puzzle; Milo imagines him playing solitaire in a cluttered apartment full of pets. There’s the wedding-dressed woman with a little dog peeking out of her handbag; Milo imagines her in a grand cathedral ceremony. And then there’s the boy in the suit with the bright white sneakers; Milo imagines him arriving home to a castle with a drawbridge and a butler. But when the boy in the suit gets off on the same stop as Milo—walking the same path, going to the exact same place—Milo realizes that you can’t really know anyone just by looking at them." -- publisher

The Underhills: A Tooth Fairy Story

"In a captivating follow-up to April and Esme, Tooth Fairies, a master of whimsy sends his tiny heroines on another adventure. With their parents off on an urgent molar pickup, April and Esme are ready for a cozy overnight at Grandma and Grandpa’s teapot house by the airport fence. There will be fairy cakes to mix, pancakes and syrup for breakfast, a chocolate on each of their pillows. But then a call comes in about a small girl in a red coat, arriving from Ghana with a baby tooth somewhere in her pocket. Could this be a job for April and Esme, tooth fairy sisters? As always with Bob Graham, the beauty is in the details: Grandpa working out with a giant teabag-turned-punching-bag; fellow winged creatures hovering above the airport terminal (cupids to help people meet and angels to comfort the sad arrivals). Merging humor, poignancy, and a bit of heart-fluttering suspense, Bob Graham turns a familiar moment of childhood independence into a thing of magic." -- publisher 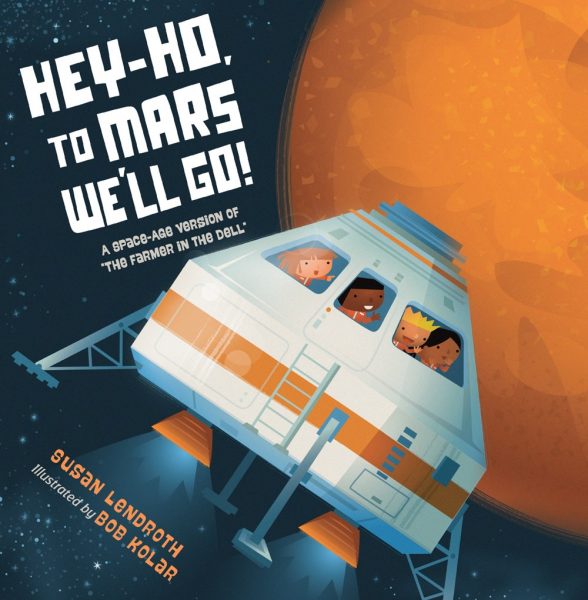 by Emma Otheguy and Beatriz Vidal

A bilingual biography of José Martí, who dedicated his life to the promotion of liberty for all men and women, Includes author's note, afterword, and author's sources.

by Anne Renaud and Felicita Sala

When a fussy patron sends his order of potatoes back twice, chef George Crum decides to have some fun, based on the true story of the potato chip

When a young boy finds an abandoned book, he discovers another world just as real as his own