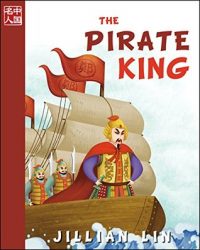 "DID YOU KNOW that in parts of Asia people pray to a pirate who lived in China hundreds of years ago? Koxinga was an army leader who had followed in his father’s footsteps to become a pirate. Unlike his dad, however, he used the money he stole to protect China when the Manchu people attacked the country. In The Pirate King, find out how brave Koxinga was in fighting the Manchus, how he became the king of an island, and why the Chinese and the Japanese see him as a hero – even a god." -- publisher