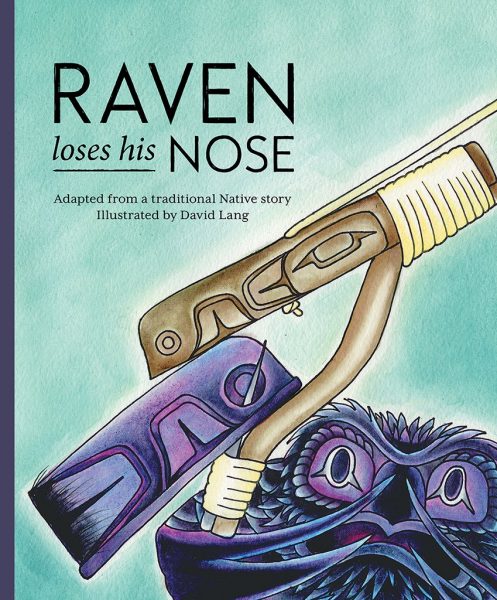 For its 2018 Baby Raven Reads series, Sealaska Heritage adapted a trilogy of Raven stories in which he acts as both Culture Hero and Trickster. In ﻿Raven Loses His Nose, Raven’s greediness results in a temporary loss of his nose. Illustrated by Tsimshian artist David Lang. This story was adapted by Tlingit writer Pauline Duncan from the works of the late Nora and Dick Dauenhauer, who transcribed the stories from Elders’ oral accounts. The original Raven stories are complex, humorous and sometimes filled with raucous adventures. Raven stories are not about what is viewed as proper behavior, but what is not acceptable behavior. Raven the Trickster is found in oral traditions throughout North America and elsewhere in the world and teaches people how to exist in society." -- Trickster Company Sealaska Heritage Institute’s Award-Winning Raven Reads series releases new Raven Books. Raven Reads was awarded the 2017 Best Practices Honoree as part of the Library of Congress Literacy of Awards program.